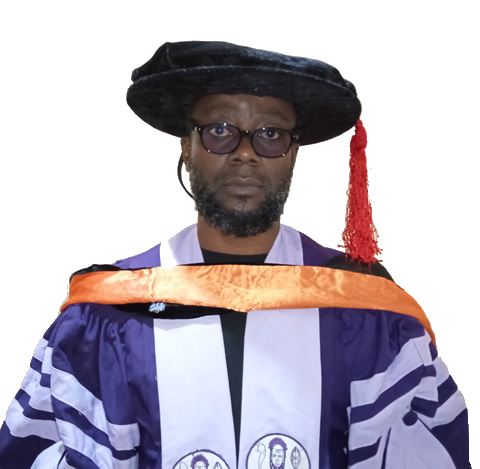 Greetings from the Desk of the Editor-in-Chief

The honor and the privilege given me to serve as Editor-in-Chief of the Journal of Underutilized Legumes is indeed prodigious, and I am immensely grateful. The development of knowledge and its effect on evolution has always fascinated me, and as such, my philosophical interest in the sciences was born. Knowledge has made man seek for ways to better his existence on planet earth; but the more man tried, the more the earth became wasted. But share habitat destruction that laid waste on the path of man’s quest for industrialization, hunger also raged. The great book says “Go ye forth! Multiply and conquer the earth; but how could man actually do that on an empty stomach?

The 2015 FAO global outlook on hunger places more than 75% of the population of many developing economies as severely undernourished. South America and many parts of Australasia have also not been spared, with the 2015 data showing that at least 10% of the population was faced with moderate to severe food insecurity. This is even more predicated on Diminishing global food reserves, erratic weather patterns, illegal land use among others, wars and conflict, global warming, to mention a few.

For a start, deliberate investment in crops, and especially the underutilized ones suffice. Many have argued that enhanced legume farming is one way to restore the earth that was hitherto depleted of nutrients and resources owing to over-exploitation for farming. This, perhaps, is not farfetched. A good number of benefits are derivable from legume farming; there is enhanced plant-based protein production, enhanced biological nitrogen fixation (Environmentally sustainable), legumes can be intercropped – thus enhancing other crop production, organic matter enhancement, as well as land reclamation and remediation as a number of Legumes like Alfalfa, have been incorporated in Bioremediation Strategies.

As part of our quota to ensuring the betterment of environmental safety and the sustainability of humans and the earth in general, the Society for Underutilized Legumes, with its National Headquarters at the Genetic Resource Centre, IITA, Ibadan, was founded on May 5, 2017 and registered with the Corporate Affairs Commission of Nigeria on September 8, 2018.

As part of its mandate, the Society encourages and promotes the growth and development of opportunities to researchers, entrepreneurs and organizations (Universities, Polytechnics, Colleges, Research Institutes and Agencies) for the dissemination of research output aimed at improving the economics, utilization, conservation and general development of the underutilized legume in the African Continent and the world at large. In other therefore to guarantee proper dissemination of its research findings, as well as other relevant issues for the benefits of the global populace, the Journal of Underutilized Legumes, was born.

With Editorial Board members drawn from seasoned research scientists and research fellows, members of the academia, entrepreneurs and stakeholders in the business of underutilized legumes, both locally and on the worldwide scale, the journal is well-positioned to serve its purpose to the least.

The Journal of Underutilized Legumes is an international peer-reviewed journal that is generally seeking to be one of the world’s most rated, well-indexed, and most globally circulated journals in the nearest future. JUL is dedicated to publishing original research articles as well as reviews and short communications on issues relating to research and development and other issues geared towards improving the economics, utilization, conservation and general development of the underutilized legumes in the African Continent and the world at large. The Journal basically covers areas of Agronomy, Crop Development, Botany, Biochemistry, Animal Nutrition, Law, Commerce, Economics, and any other Field or Discipline wherein the research/discourse is majorly based on underutilized legumes.

This is the first journal outing and it is hoped that all observations and criticisms on the journal output and other allied issues would be channeled to the Editor-in-Chief. This will certainly help to improve our performance and services. Finally, membership of the Society for Underutilized Legumes is open to all and sundry with great enthusiasm for underutilized legumes.

Thank you for choosing the Journal.